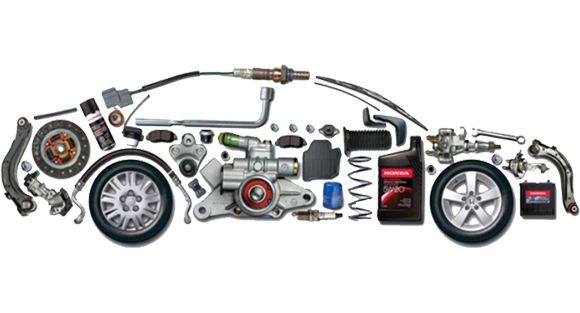 In recent years we have witnessed the sprawling of automotive spare part shops in Tanzania due to the ease of investing in one.

This did not happen as a coincidence, but rather has been spearheaded by the emergence of China as a manufacturing hub and the growth of business between China and Tanzania (Africa).

There are lots of goods that flow from China, and one of those is motor vehicle spare parts. Due to the nature of the automotive industry in Tanzania being so informal, it has led to less or no control on the kind of spares that are imported. As a result, there is a huge influx of counterfeit (not as specified by the Original Equipment Manufacturer (OEM)) spare parts in Tanzania.

These counterfeit parts have led to accidents, frequent breakdowns due to the spares notwithstanding the pressures of car systems hence increasing maintenance costs of cars, and accidents have casualties.

The big question is “How does an owner or mechanic identify a fake spare part?”

Some manufacturer websites have tools/apps that assist in helping an owner or mechanic identify fake car parts. But with the trend in Tanzania whereby owners trust mechanics to go and buy spares for them, and replace them without seeing what exactly was bought and installed, and these mechanics not being professional by deciding to buy cheap counterfeit parts and replace them and later telling the car owner that a genuine OEM spare was installed only to run a few kilometers to the next breakdown a solution has to be devised.

We can learn from other countries such as South Africa whereby the automotive industry is formal with lots of stakeholders and lobby groups that are devising ways of fighting this malpractice like working with the customs department in controlling the importation of these fake spare parts, searching shops for counterfeit spares, if found seize them and taking the shop owner to court, and also enlightening (creating awareness) the owners and society at large about the effects of counterfeit parts.

In this way, maybe we will be able to reduce the cases of breakdowns and accidents caused by counterfeit parts.