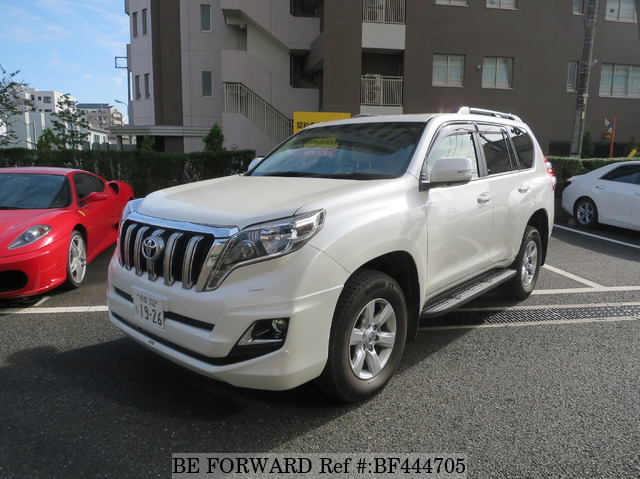 The history of the Toyota Land Cruiser Prado began with the LJ71G in 1984, warranting a mention of that model before discussing the Prado. The LJ71G, known as the J70 outside of Japan, was the light-duty offering within the J70 line. It was a short-bodied hard-top with a soft-top option. It is often associated with models such as the Land Cruiser, Land Cruiser II, and the Bundera. The J70 version offered buyers engine options: a 2366cc 22R petrol (foreign version), or a 2446cc 2L-T turbo diesel. These were the same engines offered in the Toyota 4Runner of the era. The J70 developed and maintained a reputation as a hardworking, dependable utility vehicle with many uses. 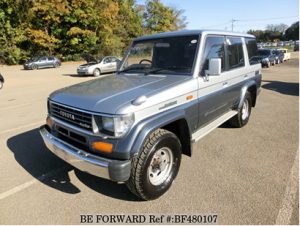 The first generation of the Toyota Land Cruiser Prado, introduced to Japan in April of 1990, carried the same chassis designation as its predecessor the J70, causing some mild confusion among automotive laypeople. Further confusing some people, the J70 was offered in its original form in other markets, with the Prado being a Japan-only brand. Despite having the J70 designation, the Prado sported a redesigned front grille, fenders, and bonnet. The Prado featured a different headlamp design than the other vehicles within the Land Cruiser line. The Prado marked Toyota’s first attempt to make the Land Cruiser line a more on-road vehicle as opposed to the rugged off-road image the entire line had at the time.

The first generation Prado still featured body-on-frame construction, giving it the ability to be used off-road. It was powered by the same 2446cc turbo-diesel found standard in its predecessor. The engine offered 95 bhp and 240 N-m of torque. It also featured electronic fuel injection and was paired to a four-speed automatic transmission. The Prado was fitted with a more on-road friendly ”shock absorber through spring” front suspension and the driver could select the level of shock absorption with the touch of a button.

By 1993, the engine offerings had been changed to include a 2693cc 3RZ-FE petrol engine, a 2776cc 3L diesel, and a 2982cc 1KZ-T turbo-diesel featuring aluminum cylinder heads. The new 1KZ-T engine dramatically reduced NOx and soot emissions. 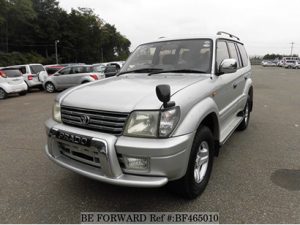 The Prado is now offered as either a three-door short wheelbase or a five-door long wheelbase, but both versions are considered to be medium-duty trucks. Both versions of the Prado feature a new independent front suspension system that incorporates double wishbone and four-linked suspension. The Prado offers full-time 4WD as well. Other standard equipment includes ABS and a Field Monitor system that displays altitude, temperature, and atmospheric pressure. Original buyers could opt for a television display and an audio set.

At the beginning of the second generation, the Prado could be powered by two petrol engines: a 2693cc 3RZ-FE or a 3378cc V6 5VZ-FE or a 2982cc 1KZ-TE turbo-diesel. All were very competent engines, but many buyers preferred the 2982cc for its rugged ability to handle off-road jaunts should they occur.

Toyota updated the second generation Prado in 1999 to reflect changing laws. The updates were minor, being restricted to bumper-mounted fog lamps for the most part. In 2000, Toyota introduced the 2982cc Common Rail Diesel Injection 1KD-FTV engine to the Prado line as well as an optional engine immobilizer…the Prado had become quite popular with car thieves!

The entire Prado line was very popular, with many units selling well in Japan. These units were assigned the Japanese model codes, KD-KZJ95W, E-RZJ95W, and E-VZJ95W. Units with the model code KD-KZJ95W all fall within the TX trim line, but are powered by a 2982cc diesel engine. The engine could be paired to either a four-speed automatic or a five-speed manual transmission, but vehicles with this model code feature full-time 4WD.

The E-RZJ95W model code was assigned to Toyota Land Cruiser Prados powered by the 2693cc petrol engine and had five doors. The model code is limited to the TX family of trim options. All of these units featured a four-speed automatic transmission and could easily seat between five and eight passengers. A Prado with the E-RZJ95W designation will consistently meet its 7.9 km/l fuel efficiency rating.

A Prado with the E-VZJ95W designation may be equipped with either the TX of TZ trim level. They are all powered by a 3378cc petrol engine that is paired to a four-speed automatic transmission. All will seat up to eight passengers and have a fuel efficiency rating of 7.6 km/l. 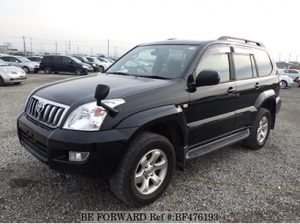 The third generation of the Prado began to appear in 2002 alongside the remnants of the second generation. For the third generation, Toyota had decided to improve the front suspension to create a more car-like driving experience. The new Prado also featured a totally restyled body.

The LA-RZJ120W model code first appeared in October of 2002. It covered all units powered by the 2693cc, 3RR-FE engine and had full-time 4WD, allowing a fuel efficiency rating of 8.5 km/l.
The engine line-up was revamped to offer better fuel efficiency to meet stricter guidelines from the Ministry of Land, Infrastructure and Transport. The engine options included a 3378cc, V-6 5VZ-FE, (CBA-GRJ121W) the (1KD-FTV) turbo-diesel. The predilection of car thieves toward the Prado had become so common that the engine immobilizer was made standard equipment in many markets, a sure sign that the Prado is a well made, reliable, and popular model. In 2004, in response to changing governmental regulations, the 3RZ-FE engine was replaced by a 2694cc 2TR-FE engine and the 5VZ-FE engine was replaced by a 3955cc V6 1GR-FE engine. The 1KD-FTV turbo-diesel engine offers 170 bhp and 410 N-m of torque.

The third generation also features a short wheelbase version. The version, known as the J125, is only available as a three-door with two rows of seats, giving it a maximum passenger capacity of five. It features many of the same engines and trim options as the larger Prado with the exception of the 1KZ-TE engine.

Of particular interest are units carrying the CBA-TRJ120W model code. First appearing in August of 2004, this designation replaced the LA-RZJ120W model code for Prados with the TX family of trim. These units are still powered by a 2693cc engine and feature full-time 4WD. The engine has been upgraded to meet the required 2005 emissions standards for a 50% reduction set by the Ministry of Land, Infrastructure and Transport. This allows the third generation Prado to meet requirements for the low-emission vehicle certification system. The TX trim equipped Prado can transport between five and eight passengers comfortably. While passenger capacity has been increased, so has the fuel efficiency rating, now at 8.8 km/l. Please also view model code KN-KDJ120W, 2982 diesel (1KD-FTD). 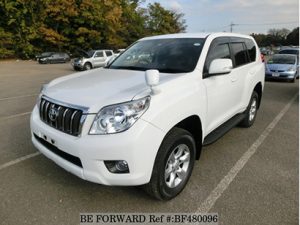 The fourth generation of the Toyota Land Cruiser Prado has been available in most markets since October of 2009. It is available as either a three-door or five-door. This generation of the Prado offers advanced 4WD and a plethora of electronic and tech options. The 2009 Prado featured the first domestically adopted Kinetic dynamic suspension system (KDSS) in Japan. The new Prado also offers drivers more control over the ride quality through a ”multi-terrain” selection switch. The Multi-Terrain monitoring system incorporates six camera positions so that a driver may view the road to the front and rear, as well as each side.

The engines in the fourth generation remain much the same as those offered at the end of the third generation. The base engine is still a 2693cc petrol variant that is mated to a four-speed automatic transmission. The higher trim levels feature a 3955cc petrol engine that is tied to a five-speed automatic transmission. Toyota opted to change the gear ratios and change points to allow for fuel efficiency ratings of 8.8 km/l or 8.2 km/l, depending on which engine a buyer opts for. Please view model codes CBA- TRJ150W, 2693cc Petrol (2TR-FE), Model code CBA-GRJ150W, 3955cc Petrol (1GR-FE), LDA-GDJ150W, 2754cc diesel engine (1GD-FTV).